In audited companies, we often face specific requirements concerning the supply of cooling to the technological process. The need to cool the injection molds, which requires the supply of coolant at low temperature, may serve as an example. Possibility of using free cooling in chilled- water units is worth considering. 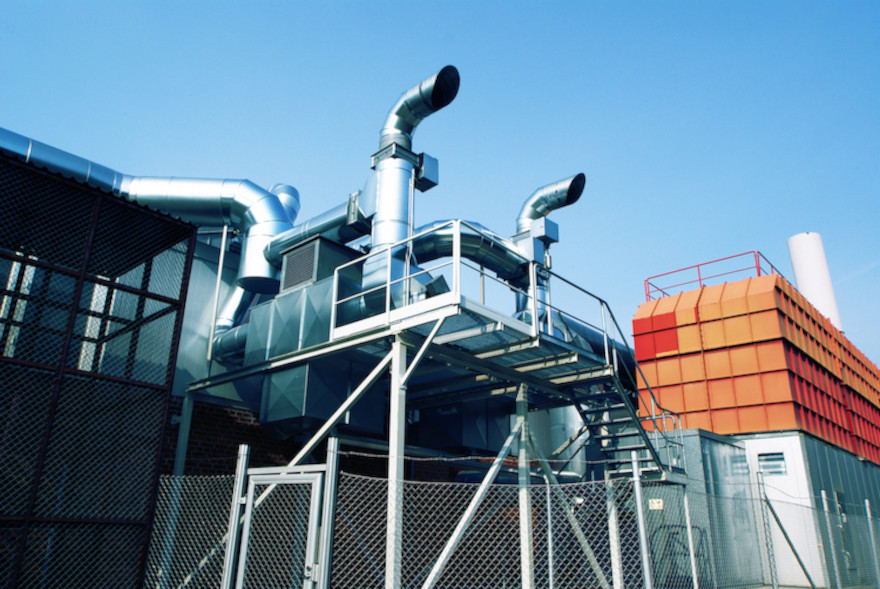 There were 7 chillers in the audited facility, located directly at the production hall, with the total cooling capacity of 1.6 MW. The system was equipped with a dry cooler working in the free cooling function.

As a part of the company's efficiency audit, the technical and economic capacity of the free cooling system in the plant was analyzed. So far, the chilled water production system had been supported with a small dry cooler which was manually switched on when the air temperature dropped below 5 Celsius degrees.

Construction of a complete free cooling system, which would allow for the use of cooling energy contained in the air to cover the cooling demand of the plant, was assumed in the analysis. Due to the age of the device and the degree of exploitation, the assumption is that the currently installed free cooling system will not be used.

On analyzing the expansion of the free cooling system in the plant, the presumption was made that it switched on at an outside temperature of less than or equal to 4 ° C.

The analysis of the system operation was performed on the basis of historical data on average temperatures for the area in which the plant is located.

After performing the analysis, it turned out that reconstruction of the system would reduce the electricity consumption by about 1 GWh and generate savings of about USD 85 thousand, with investment expenditures of about USD 121 thousand.